As a final appetizer before their upcoming third album, Bombs Of Hades introduces Recoil In Horror. Compared to their last new song, from the split with Suffer The Pain (Black Goat Chant), which was nothing but a straight forward and uncompromising ripper, this tune is a bit more complex. After starting off in a more mid-tempo oriented way, not that different from Burn of their last album, and a chorus that could almost be described as progressive, it soon breaks into a more recognizable 2-beat classic death part. Soon it returns to the slower pace, not the same one as in the beginning though, and then it ends abruptly.

The B-side is a cover of Black Sabbath's Over And Over, which works out just perfectly in this death/doom outfit, without a doubt their best cover so far. Excellent choice of song, I really got reminded of what a great album it is. People rejecting the Dio-albums claiming that the ones with Ozzy are the only ones that matter are nothing but fools (you're all fools!).

Bombs Of Hades has once again succeeded in making me yearn for another album filled with traditional yet innovative and unexpected compositions. The bar is set as high as always! Putrified is a death metal band from Stockholm, which geographically might draw the expectations to the old standard Sunlight HM2-sound of rotten death that we all know so well. Which in one way is what you'll get, that particular style could definitely be regarded as the foundation of Putrified's music. On the other hand though, Putrified has got something most practitioners of this music are missing, originality, both when it coems to the music and the production. I'm trying to find a suitable description, something like a bit melodic or blackened death metal, but nothing is really able to describe it properly. You'll have to listen and judge yourselves I guess. Anyway, this is definitely one of the few examples of a band bringing in some interesting new ideas of their own, without abandoning their roots completely, like for example the recent releases by bands like Necrovation and Morbus Chron. Putrified's ability to bring life to new ideas yet standing with one foot in the dark past is very impressive and astonishing.

The vocals really increases the overall impression, reminding much more of bands like Possessed, early Death and Asphyx rather than any old Swedish band free of choice. Musically, the most outstanding, as well as my personal favourite part of the EP, is definitely the last two songs. Evocatio, with its brilliant mix of d-beat and speed metal drumming in the chorus, and Sacred Putrefaction, which is something as unusual as an example of a melodic combination of death- and doom metal, are the definite highlights. Since it's only a six-track EP, I'll be a little bit thrifty with the grading, but a full-lenght album as good as the best moments of Sacrilegious Putrefaction would definitely put this band among the most interesting ones in the genre at the moment. 6.5/10 /H Sadhak from Trondheim, Norway, plays doom metal of the more atmospheric and slow kind, no up-tempo parts as far as the eye can see here. Although that's not always necessary, it is a way to bring some variety into an otherwise king of monotonous genre. Anyway, Sadhak is definitely one of those bands whose monotony is nothing but positive, since the nerve and atmosphere is very pleasant throughout this entire demo.

The production is very raw, but still suits the cassette format perfectly. Hearing what this band would be able to achieve with a better production would be very interesting though, I'm sure that most others, along with myself, feels the burning desire of wanting more already. Comparisons have been drawn to Warning and 40 Watt Sun, which I partially would agree with, but of course there's no way that a two song demo tape could be able to reach such heights, but who knows what the future holds. I wouldn't be surprised if they at least came very close to the undisputed masters of this style on their future releases.

Sadhak's first demo is a very impressive and delightful experience, if anyone knows a better piece of music to put in the car's tapeplayer (CD-players are of course for wimps) while driving down the open road under the grey April skies, I'd really like to hear it. 7/10 /H
Posted by Lockyard at 11:10 PM No comments: 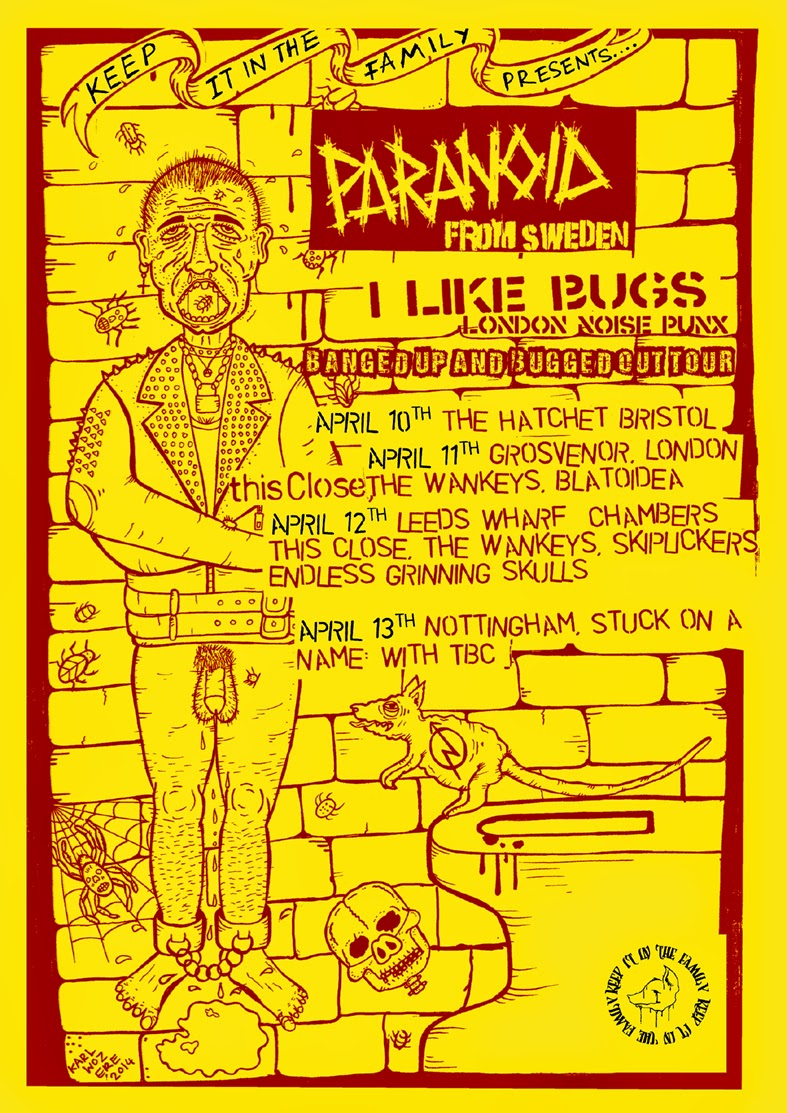 Mortyr is a Swedish thrash metal-creation born in the mind of Ced Forsberg (Rocka Rollas, Blazon Stone, Anger Burning and probably a million others), who's handling everything except the vocals. Those are provided by Jank from Livet Som Insats. Unlike Realmbuilder (reviewed below), this shows absolutely no signs of being a “synthetic” studio project, it could just as well have been an actual band that recorded this album.


What you'll get from this album is thrash, and nothing more or less. Whether you prefer it leaning towards speed metal (like in the earlier days of the genre), or death metal (did I mention that one of the songs is entitled Dark Angel?), there's a large chance that you'll find this album appealing. I was going to suggest a little bit more raw sound, but there's simply no sloppiness that needs to be concealed by such a production, and, on reflection, the production is much better and more raw than most other thrash metal-albums being released these days.

Being so damn thrash to the bone might be a little bit of a weakness though, personally I think that some breezes of influences from other genres could have been a bit refreshing, if only a few small ones. Sure, the title track's chorus has got some melodies and choirs that echoes of Running Wild, and the album ends with a cover of the old classic Merciless Game. But other than that, it's basically thrash all the way. Which isn't really a problem at all, but bringing in some external influences maybe is something for Mortyr to consider in the future. Delivering a better pure thrash metal-album than this without repeating themselves might get though.

Anyway, enough of this stupid wise-ass critical reviewing shit. Rise Of The Tyrant is a an album that I wouldn't doubt to mention as one of the best that has been produced in the Swedish thrash metal history. If it wasn't for the total inability of every so called thrash metal-fan to recognize a great album when they hear it, it would might even have had a chance to get some attention. 7,5/10 /H

Posted by Lockyard at 7:07 PM No comments: Realmbuilder is an American Epic Heavy Metal/Doom duo, and Blue Flame Cavalry is their third album. It's always an nice experience every time these guys comes up with something new, I wouldn't go as far as naming them one of the best bands around at the moment, but definitely one of the most unique and interesting. What separates them from the true elite is probably the fact that they aren't really what could be considered an actual band. It's simply reflected in their sound that this have been put together in the studio by two guys (I think I've read that a third axeman is handling the leads as well), rather than a band that has been playing live and spent thousands of hours in the rehearsal-room. Not saying that Realmbuilder haven't put down a lot of effort and time making this album, which they probably have, but it just sounds more like a project rather than a band.


Anyway, let's get to what's really important, the music. The first song They Write Their Names With Fire is a good, and kind of up-tempo song, when it comes to this bands terms. Not really an equally strong opener as Highwayman, which commenced their previous album, but still decent. Although it's not until that song ends things really starts to happen.

Out of the albums' four tracks, two breaks the 10-minute borderline. Advance Of The War Giants and the title-track captures Realmbuilder at their absolute best. This band have shown such a high potential on their first two albums, but it is in these two tremendous compositions that everything is finally falling into place. Two amazing songs that should please every connoisseur of this genre. In between them, there's also a slow piece that almost could be described as a ballad, namely Adrift Upon The Ocean. Definitely a very atmospheric and well written song, I don't really get along with the drums though. That also goes for certain parts of Advance Of The War Giants, sometimes I really wish that I could have been the producer for this band or something. It's just some minor details, but it could definitely contribute to make the overall impression much better.