Compilation featuring 3 new PARANOID-tracks + new and/or unreleased tracks by SNOB (Can), WARCHILD (Swe), BLOODSUCKERS (Rus), KAFKA (Jap) and KOHTI TUHOA (Fin). Available at Blindead Productions or DBRP. Few copies left, so get it before it's gone!
Posted by Lockyard at 12:21 AM No comments: Tomorrow we're off to Stockholm (The Liffeys) to play with lots of great bands, then we're heading for K-Town Hardcore Fest to play with even more great bands. Can't wait! The previous album by Meliah Rage, Dead To The World (also released by Metal On Metal), was something as unusual as a modern thrash metal album that I actually liked. Time now has come for the follow-up, under the name of Warrior. Before the music even starts I observe that the tracklist looks very good, eight songs is just enough, which many modern bands seems to have some difficulties to understand. After all, these guys are from the 80's, and knows how an album should be constructed.

Nothing is won until the quality of the music itself is inspected though, and unfortunately, I don't find this album as appealing as their previous offering. The songs just aren't as memorable, and the new vocalist is very different, almost make them sound like a different band. More in the vein of Testament and Exodus with Zetro, rather than the almost entirely clean vocals on Dead To This World, which felt a bit more original. It's far away from a failure though, songs like Stranger To Your Sympathy, A Dying Day and In Hate indicates that they aren't to be counted out yet, but the great moments are simply just to few and too many of the 42 minutes don't reach any further than the insidious “ok/pretty good but not more”-impression.
It never gets close to being bad though, and it must be said once again that this modern approach is definitely not my cup of tea, which makes it even more impressive that they manages to maintain my attention throughout the whole album. Which proves that they're probably among the best in their business. 5.5/10 /H

Posted by Lockyard at 5:02 PM No comments: 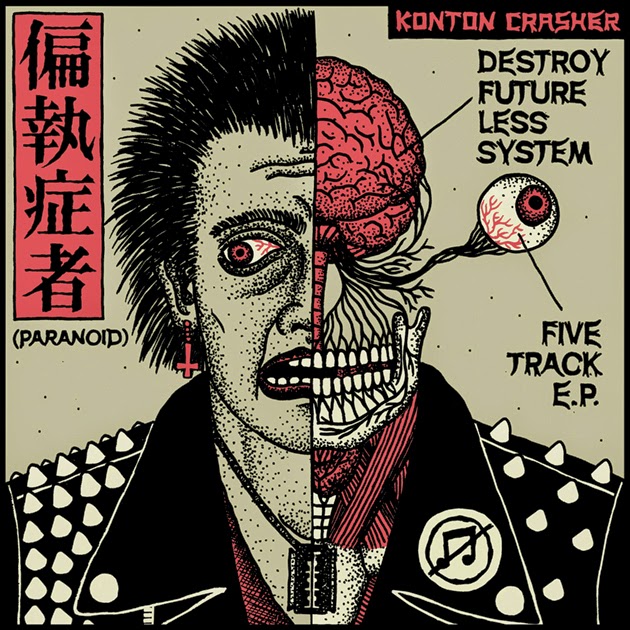 After some delays, it's finally out! Available for purchase right here. 5 tracks of northern winds of brutal hell mangel is what to expect. Artwork by Alex Heir. Our copies aren't here yet, but keep checking back and you'll know when they've arrived.


Two new videos up as well, made by Teodor Juel Eckerström, who did a great job!

Posted by Lockyard at 2:48 PM No comments: Originally released as four individual 7”-singles by Night Tripper between 2011 and 2013, this compilation CD features all tracks of the Förbannelsen (The Curse) tetralogy. Burning Saviours are playing a fusion of doom and rock which brings to mind the sound of the 60's and 70's. Way more vintage-sounding than most other doom-albums released by I Hate, there's barely any heavy metal-presence at all. Which of course isn't always necessary, just a simple reflection. Their music is much more similar to recent successful Swedish bands like Graveyard, Witchcraft and Skogen Brinner. Burning Saviours are definitely not just one of all bands that are following the ongoing trend though, the fact that they've been around since 2003 must make them, along with Witchcraft, one of the first acts in this doom/rock revival, which it has grown into the last couple of years.
The opening title track immediately sets the standard. Rhythm, riffs ,vocals, all of the musicians are doing a great job. You can tell that they've been doing this for a while. Midnight and The Offering continues in the same slow heavy rocking vein, although the tempo barely changes notably at all, so a little feeling of monotony starts to occur. Spirit Of The Woods comes just in the right time, and takes it to new levels with its decent up-tempo groove. Definitely the finest tune on this album, together with the fantastic closer Hon Dansade Med Döden (She Danced With Death). As far as improvements go, the song writing could have been a bit more varied. A bit more up tempo, maybe even jamming parts would be very welcome, these are the moments when this band is shining brightest. I'd also like more of the lyrics to be in Swedish as well, it gives them an additional touch of originality. In summary, this was a very pleasant first meeting with this bands' music, I will absolutely have to check out their earlier albums. You all should do so as well. 7/10 /H
Posted by Lockyard at 1:00 AM No comments: