New band featuring members of high quality acts such as Antichrist, Nominon, Witchgrave and Inverted Cross (what happened to that fantastic band?), to mention a few. Since the vocalist is the same, Witchgrave is definitely what this reminds most of, but more raw and with less classic heavy metal influence and melodies, drawing more towards punk in general. Not much more to say about this really, 4 killers, no krångel. If you like Venom, early Slayer and G.B.H., you'll surely love this. Hope to see something new by this band (and by their other bands as well) being released soon. 7/10 /H

Posted by Lockyard at 4:53 PM No comments: 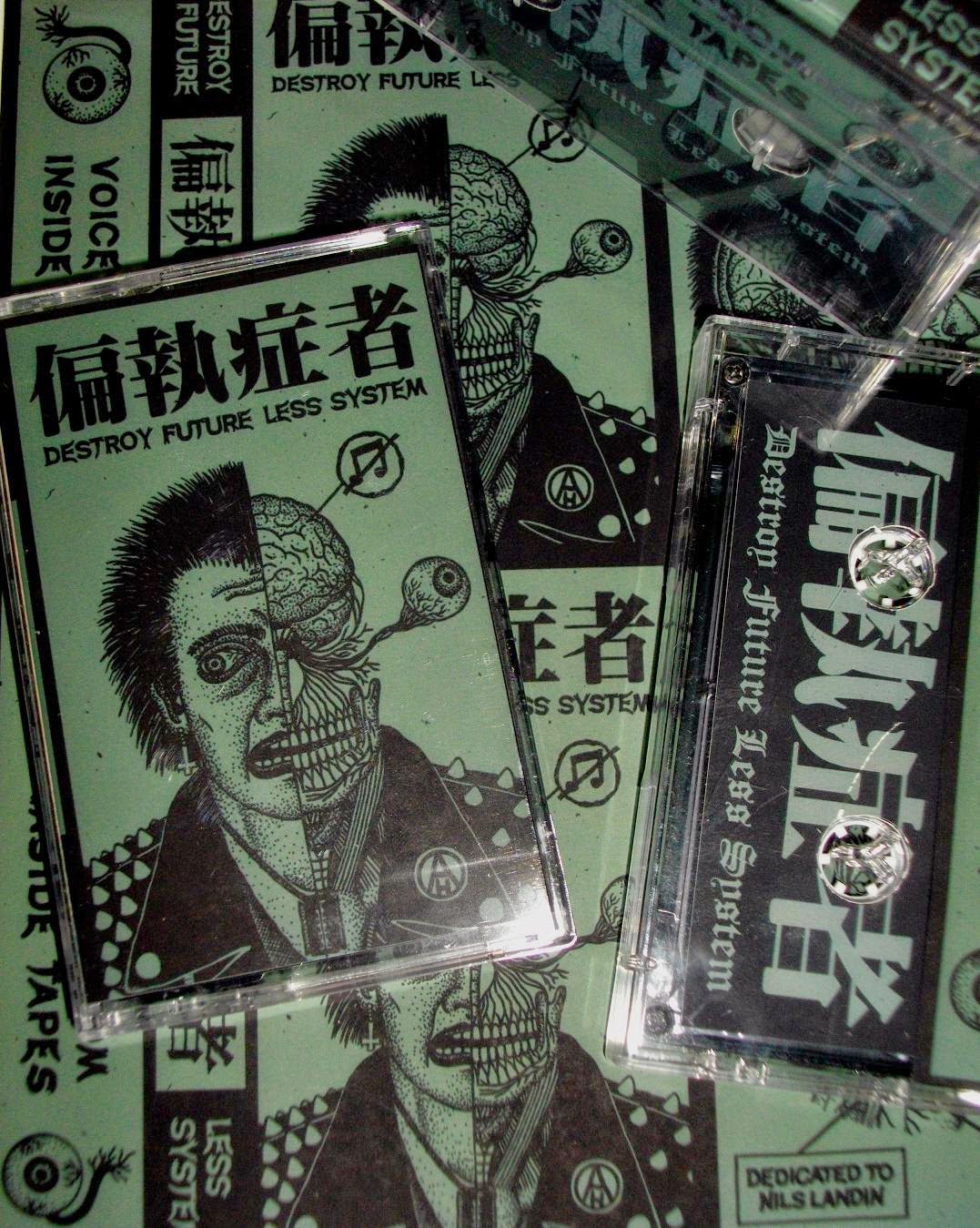 Tape-edition of the EP is out now on Voice From Inside, go get it!

Posted by Lockyard at 9:15 PM No comments: 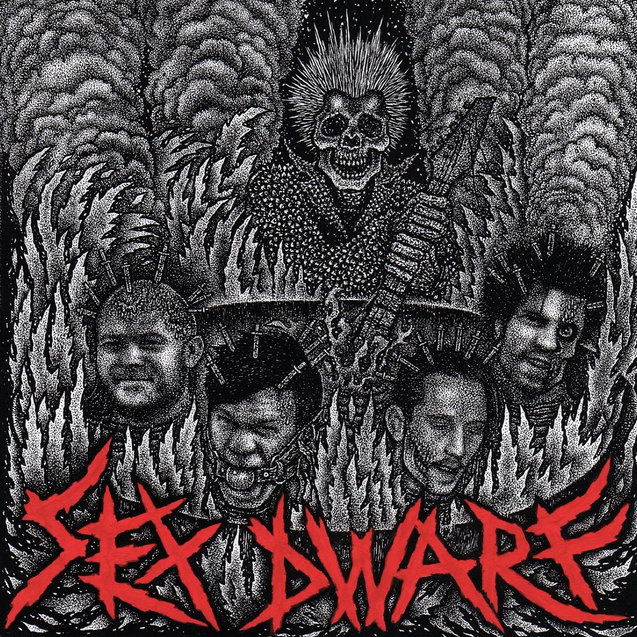 In case that the band name and the album title aren't enough to catch your attention, the noise (not music) most certainly will. The first LP of Stockholm's Sex Dwarf has arrived. I though that last years EP was basically at the actual limit of how raw it possibly can get, but in comparison to this it feels like it wasn't even close. On the other hand though it also feels clearer and the songs distinguish themselves from each other much better than on the EP. They have somehow succeeded in making it sound both better and worse at the same time.
When it comes to the songs, it's more or less full speed d-beat distortion madness all the time, but there are also more sides of it to discover if you take a closer look. Some mid-tempo tracks like Krigslust, Slavery and Avnazifiering, as well as the surprisingly death metal sounding and d-beat free Din Gud does a lot to make it more dynamic and diverse. I also have to mention the last two minutes of the final track Frihet, sounds like a mental breakdown caught on tape.
A must have for all the raw punks out there. 8/10 /H
Posted by Lockyard at 5:22 PM No comments: 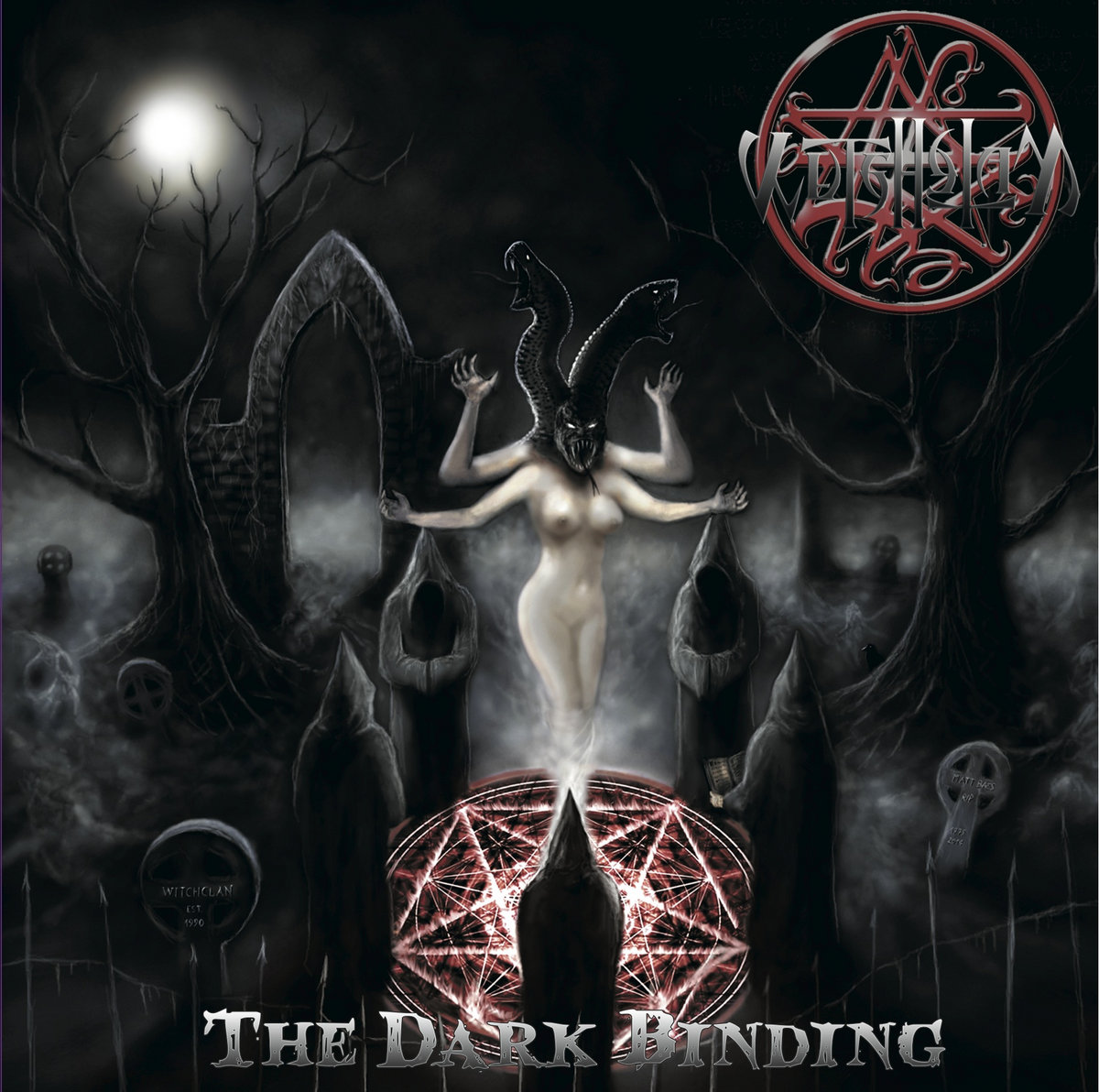 The name Witchclan probably doesn't sound familiar to many, but this is in fact one of the first black metal bands to emerge from the UK. Nowadays, it's a one man project though, and The Dark Binding is the second full length album.


Something that might be disturbing some are the seemingly programmed drums. When it comes to myself though, if the music just is good enough, I simply don't mind it. And making music that's good enough is something that Witchclan partially succeeds in doing. Just partially though, when too much fast bass drumming is used, like in the opening Worms Of Hypocrisy, it sounds very artificial. But when regular 2-beat or simple basic patterns dominates, you barely notice that the drums are programmed. Also, the tolerance-level gets higher the more you listen, so the longer into the album I get, the more I enjoy it. So if you just get past the trembling and kind of misleading start, I assure you that this album has got more to offer.

Songs like Treading On Angels, Beyond The Seventh Gate and Paths To Immortality contains everything you may wish from a black metal-album, great balance between speed and heaviness, a dark atmosphere and some tasty melodies here and there. So even though they might not be in league with modern black metal masters like Negative Plane or MGLA, this is still definitely worth getting. 6.5/10 /H
Posted by Lockyard at 3:40 PM No comments:

The early 90's may be long gone, but as we all know the notorious Swedish death metal lives on. The question is though, is there any more authentic sounding band around than Under The Church? I don't think so, can't find a single trace of awareness about anything that has happened the last 20 years. The logo, the cover, the sound and the songs, it's like they've used a time machine. Which probably ave been said about thousands of retro-bands by now, but this is the first time I truly gets that particular feeling. Even the most old school sounding bands always show the slightest signs of external influences or rethinking. One of these rare occasions where the label's description is actually true (“Amongst the countless SweDeath-worship bands everywhere, UNDER THE CHURCH distinctively separates themselves from the pack and remains to be the true originators of Swedish Death Metal!”).


The fact that two out of three members actually contributed to the establishment of the genre in Nirvana 2002 probably means a lot, I assume they just think the way they did back then. Under The Church is way more than the mega old-school sounding production though, the songs are ridiculously strong as well. It's off to a slightly weaker start though with two mid-paced songs. Not by any means bad, but I think that the order of the tracks might could have been better, you get the feeling that they're holding back a little bit. From Digging In The Dirt and onward though it's full speed ahead, along with the following songs Under The Church (modern classic-warning) and Burning, it's the definite peak. But as I said, this is nothing but high quality all the way. 7.5/10 I know I'm definitely not alone to have been absolutely blown away by Procession's last album To Reap Heavens Apart released last year, such a monumental creation of doom. So the news that half of Procession apparently also are in Capilla Ardiente were very well received. Thus the similarities between the bands are of course many, still you're absolutely able to tell that they are two different bands.

As Procession are slightly more melody driven with a distinct heavy metal influence constantly present, the feeling you get when the tones of Bravery, Truth and Endless Darkness blasts out through the speakers is that this is more riff oriented, and only about 100% pure doom, and nothing else. Although it's a very strong album, it doesn't really have me by the throat the same way that the last Procession-album, but it's not far behind. Both bands are are simply responsible of creating some of the absolute best doom that you'll find these days. 7.5/10 /H