Review: Risen Prophecy – Into The Valley Of Hinnom (Metal On Metal 2015 CD)

To wrap up the latest bunch of very strong releases by Metal on Metal Records, here's the second album by UK's Risen Prophecy. The music could be described as heavy/power metal with a generous dose of thrash. Also, the word progressive could be thrown in if you wish so. Personally, I tend to be a bit put off by that word, since it's used so frequently about pretentious asshole-music. But when it comes to Risen Prophecy, they are one of the few bands that really sound progressive in a positive way. In other words, the songs are very well written and there's a lot of stuff going on in them. Just the facts that it just contains four actual songs (with an intro and an outro) and none of them are shorter than six minutes mean that you'll need something more than regular song structures to be able to keep the listener's attention. And this album is definitely full of unexpected twists and turns as well as strong song-writing.

Something else that I love with this release are the vocals that are very dramatic and very British. The band that comes to mind most of all while listening to this is actually Hell, much because both vocalists are so characteristic. The thrash elements and ambitious song structures of Risen Prophecy also makes you think of their countrymen Sabbat. Well, of course they aren't really on the same level as those two seminal bands, but just the fact that I even bothered to mention them should be enough for people to realize that this is a band that you shouldn't miss. 7/10
Posted by Lockyard at 9:27 PM No comments: 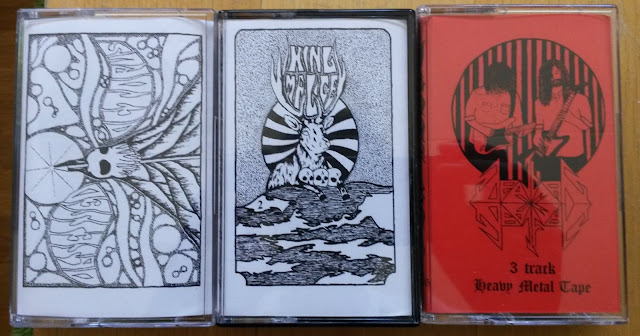 Three new releases are out now!

Classic doom with a touch of stoner.

The King Malice- and Paranoid-tapes are now sold out, thanks to everyone who bought a copy! Still have a few copies of the Hypertension-tape left, and three new releases will be out soon, stay tuned!
Posted by Lockyard at 10:17 PM No comments:

Our sixth release (LY-003 and -004 will also be announced shortly) is now up at bandcamp for listening and free download (name your price).

Classic, unpolished, straight forward and no frills heavy metal. Tape will be out soon! 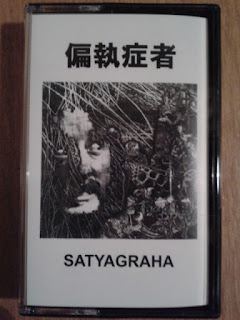 The tape-version of the first album by 偏執症者 (Paranoid) is out now! Order it right here.

Copies of the King Malice and Hypertension tapes are also still available. We will have 3 more upcoming releases to announce the following days, so stay tuned!
Posted by Lockyard at 11:16 PM No comments: