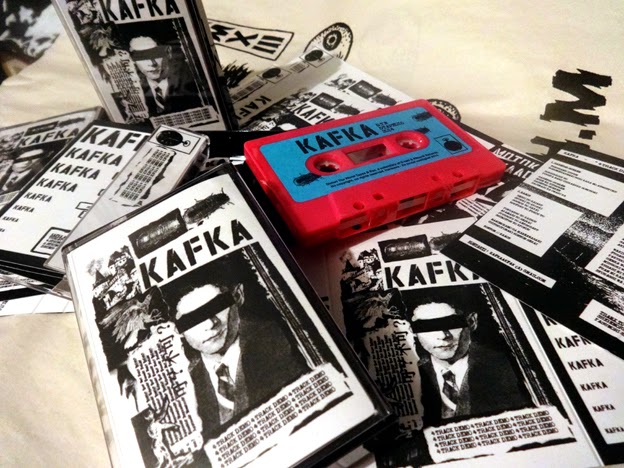 Time for some mangel from the land of the rising sun. This is Kafka's debut-demo, and it contains four tracks of high energy riffing and those lovely vocals, which ensures you that this band impossibly could me mistaken as anything else than a Japanese one. Compared to some of the members' former band, Dropend, this is more traditional Harcore-sounding, rather than a total distorted mayhem. Regardless of which style you prefer, it's clear that these guys definitely master both of them in an excellent way.


I like the fact that lyrics are included in English, Japanese and Japanese written in “regular” (latin script) letters. At fist sight, the last song Rensa appears to be a Swedish title, but after studying the lyrics a bit, you notice that it's not the case at all. Small details like these can definitely contribute to make the music itself more interesting.


All in all, this band introduces themselves in a way that makes you want more instantly, and new stuff seems to be in the works already. A band to keep your eyes on in the hopefully not so distant future, I definitely know I will. 6,5/10 /H
Posted by Lockyard at 12:34 AM